Joining Outman as a guest during Tuesday’s session was Dr. Robert Armstead from Mt. Pleasant. Dr. Armstead’s family has a detailed and honorable past in the country’s armed services.

Earl Armstead joined the U.S. Army in 1917 and served in France during World War I. There, he received the WWI Victory Medal with Defensive Sector Battle Clasp.

Robert Armstead, the father of Outman’s guest, served with the Sixth Army in Europe during World War II. His service in the Tank Destroyer Battalion earned him the rank of sergeant as well as numerous medals. His unit was stationed on Benito Mussolini’s farm in Naples and took part in the Po Valley campaign. In August 1945, his unit was recalled to the U.S. to prepare for the Pacific Campaign, but the war ended before they were redeployed.

Thanks to the tireless efforts of Dr. Armstead, his relatives have been moved to Great Lakes National Cemetery in Holly, where they are buried side by side.

“I truly admire Dr. Armstead’s work to solidify the honor of his proud American family,” Outman said. “They were the first family members who are Civil War, WWI, and WWII veterans to be buried side-by-side in a national cemetery.

“I want to thank Dr. Armstead for making this possible and for joining me today. The Armstead family encompasses everything Americans stand for, and their family is truly a legacy of American heroes.” 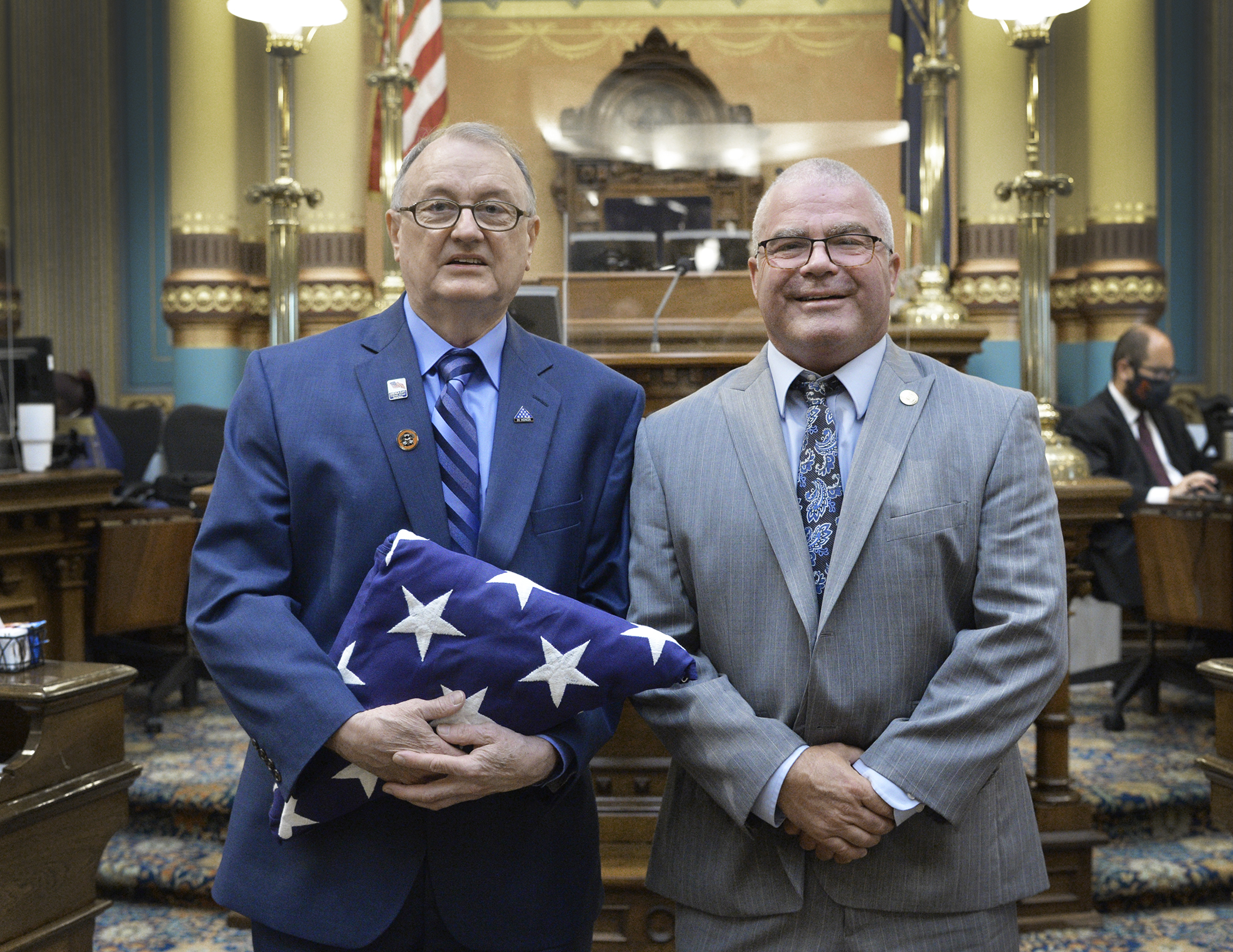 Editor’s note: A print-quality version of the above photograph is available by clicking on the image or by visiting the senator’s website at www.SenatorRickOutman.com. Click on “Photos” under the “In the News” tab. Video is also available on Outman’s website, or by clicking here.

Sen. Outman reacts to State of the State address